AnteriorSiguiente
The Wines of Catalonia 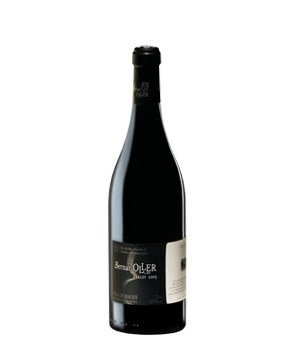 Barcelona is a capital of Catalonia, one of the most important regions of Spain, and though Barcelona is a big industrial city, it is a focal point of the Catalan wine industry, due to its proximity to the biggest winemaking regions and sea port, serving as its prime consumer market and export.

Although, the region is dominated by red verities of grapes, it is a birthplace of Cava, a white sparkling wine, invented in the region in the second half of 19th century. This region of winemaking was dominant in Spain due to its high quality and modernization; Catalonia was the first region to adopt the use of stainless steel alcoholic fermentation tanks and introduce the international verities to the region. Catalonia is one of the biggest and ancient winemaking regions, which a lot of its wine production was interrupted by Phylloxera, a plague that practically ravaged a large number of vineyards in Europe; mostly France.

Pla del Bages is one of the region of Catalan wines. The traditional local grape varieties in Pla del Bages are Garnatxa, Picapoll white and Picapoll black, as well as the new authorized international varieties such as Macabeo, Parellada, Chardonnay Cabernet Sauvignon, Merlot and Syrah. Here you can also find one place that is a little more special than others. In a winery and castle of Oller del Mas they produce Château wine the only place in the region. Traditions, clay soil and close proximity of the mountain Montserrat, that controls a micro-climate so important for the vineyards, give to the Catalan wine of Oller del Mas an elegant and smooth earthy taste.

If you are looking for something special, book a wine tour with Castlexperience.
Anterior Siguiente