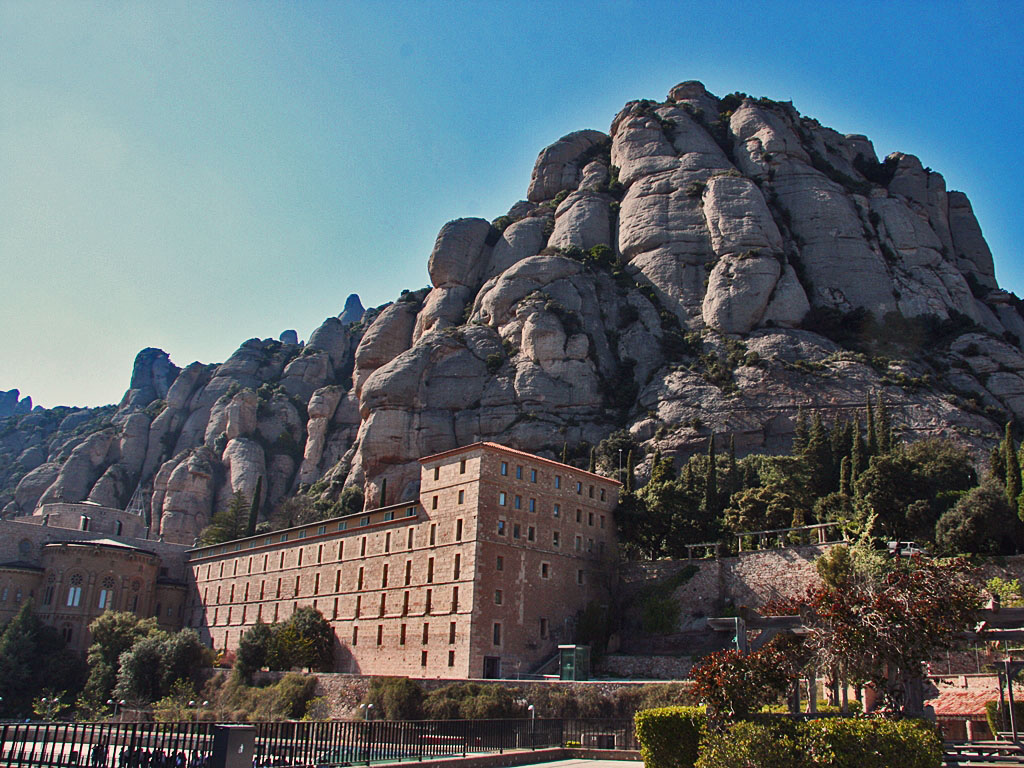 When you travel to Barcelona it is a must visit the heart of Catalonia- Montserrat. It is a holy mountain that is 45 km away from Barcelona and is the symbol of Catalan identity. It is visited by thousands of pilgrims each year, a holy and magical place.

1. The name Montserrat means “Jagged or serrated mountain” because of the sharp looking peaks of the mountain. According to the legend, angels came down from the sky and serrated the mountain with the golden saw to create a throne for the Virgin Mary.

2. The Monastery of Montserrat is largely a reconstruction; it was destroyed by Napoleon´s army in the beginning of 19th century. Only few walls from the original monastery are standing.

3. The choir of Montserrat Escolania is the oldest choir registered in Europe in the 14th century. The selection for the choir boarding school goes according to three criteria: musical talent, academic achievements, and social adaptation. There are over 50 boys in the school aged between 9 and 14, and normally stay there until the puberty age.

4. The library of Montserrat contains over 300,000 books most written in 14th and 15th centuries from religious subjects, humanities, music and science. It mostly has a restricted entrance to professors, researchers and monks.

5. Montserrat has always attracted all sorts of people, always was point of interest. There is one particularly curious example of attracting someone not so good; during the WW2 Heinrich Himmler came to Montserrat in search for the Holy Grail. Almost like in the Indiana Jones movies but only in reality. Himmler was positive that in one of the caves of the mountain of Montserrat is hidden a Holy Grail which he believed will give him supernatural powers. The idea was inspired by Richard Wagner´s opera Parsifal, which mentions the Holy Grail could be in kept in "the marvelous castle of Montsalvat in the Pyrenees".

On the way back from Montserrat you can enjoy some wineries that are located in the foothills of the mountain. Book wine and Montserrat tour with Castlexperience.