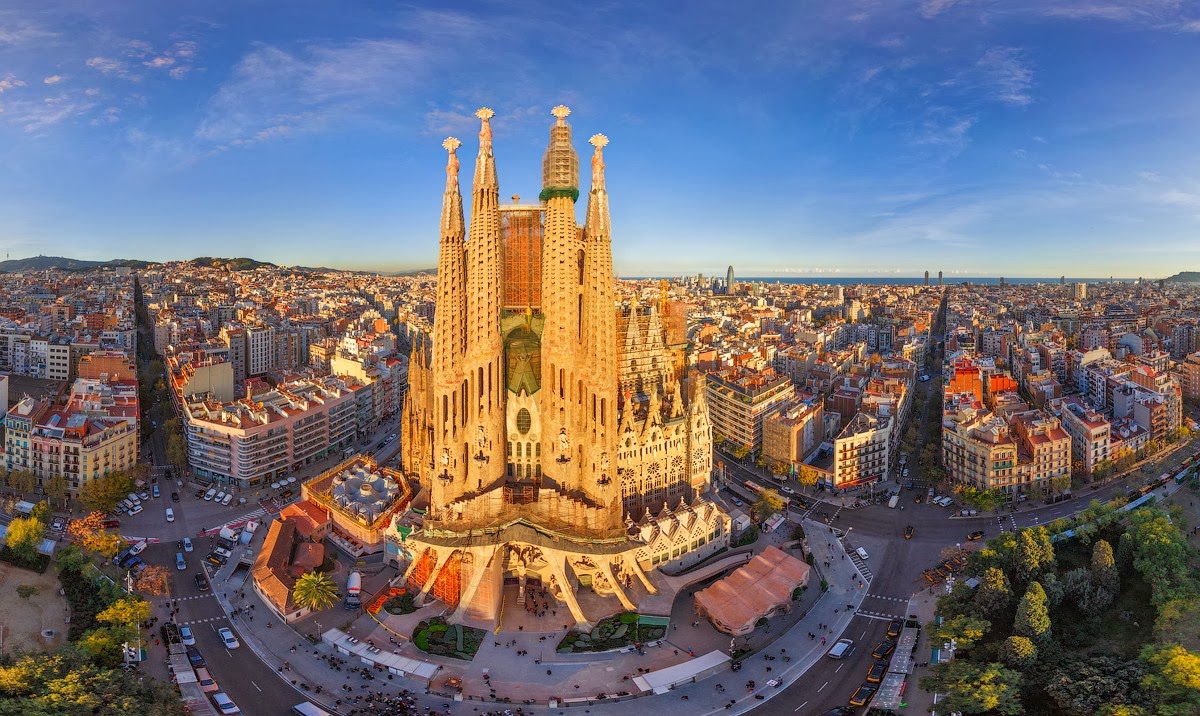 After discovering 5 historical facts you might not know about Barcelona (Part I), here it comes the second part!

One Of Its Most Iconic Parks Started As A Repression Project

Many have spent a Sunday afternoon strolling around the lovely Parc de la Ciutadella, “Park of the Citadel”, simply enjoying life, visiting the Zoo or taking the time to walk their dogs and/or children, but few know about the dark origin of the area. In the year 1715, few months after Barcelona was taken ending the Spanish Succession War, Philip V, the brand-new king, conducted a brutal repression on the city: culture, language, political institutions and rights were suppressed and a whole plan to control the Barcelonians was developed. It included the construction of a whole new system of military structures, the main ones being the Castle of Monjuïch and the Citadel, which implied the demolishment of 1262 houses of the city. The complex of the Citadel also included a prison and the Arsenal, among other buildings, and was deeply hated by the population. Barcelonians finally assaulted it in 1869, after the Glorious Revolution that would led to the First Republic of Spain. The original Citadel was demolished and the Park was designed with the idea of becoming a green area, a “lung” for the already industrial Barcelona. The original Arsenal became during the Second Republic of Spain and again in 1979, after the Dictatorship, the see of the Parliament of Catalonia. 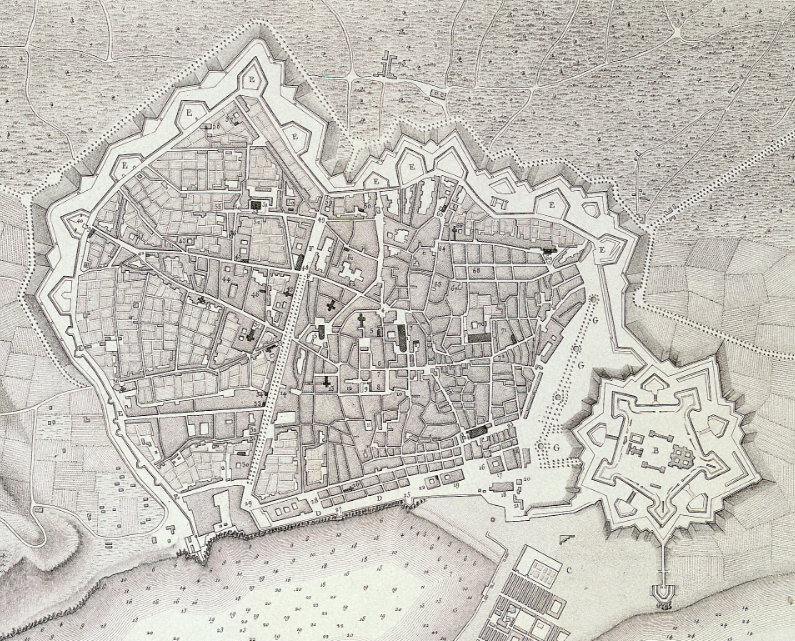 Yes, a star. Because if you are going to repress people, at least do it with style. 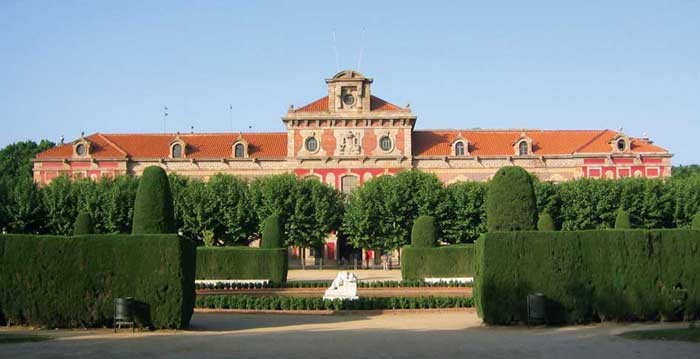 The fact that the Parliament and the Zoo are placed in the same park is a mere coincidence. 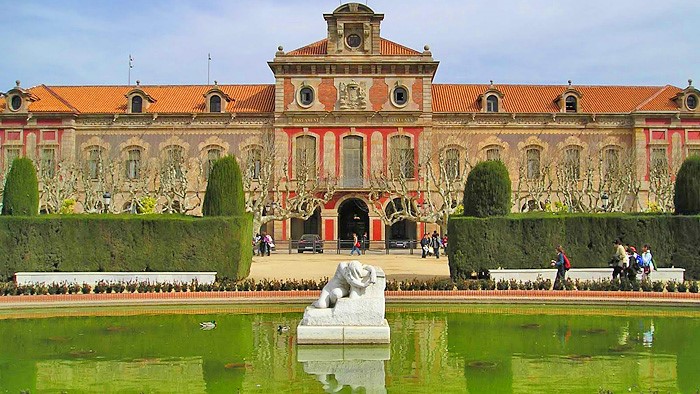 It is not a secret that Barcelona has stolen, steals and probably will keep stealing -that’s actually a lot of robbery for a single city- the hearts of many people through the centuries. Miquel Biada, a man from Mataró, a coastal city north of Barcelona, that had made a fortune in the Americas, just took it to a whole new level. After witnessing the inauguration of the first train of Spain in Cuba in 1837, when it was still a colony, Biada came back to Europe with the idea of building a line that would connect his natal city of Mataró with Barcelona, allowing the Mataronins -and the Barcelonians as well-, to take the round trip in a day. He could not convince the local bourgeois to invest in the project but that did not stop him: using a contact he had in London, Biada convinced a group of British investors to provide the capital, the engineers and the technicians needed. The line, still in use nowadays, was finally inaugurated in 1848. 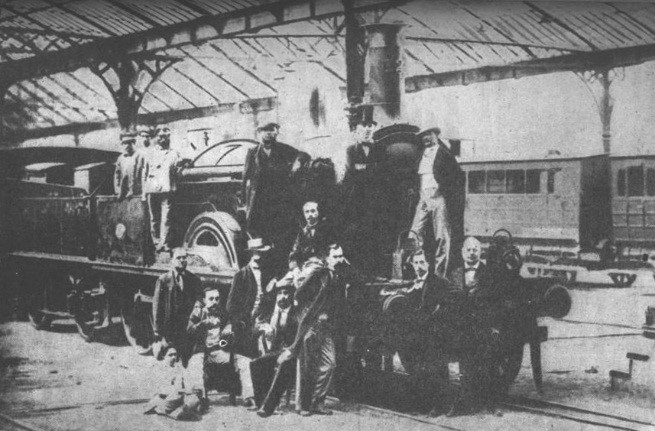 We’ve come here to drink ale and build railways. And we’re totally out of ale.

(Trust them, they were engineers) 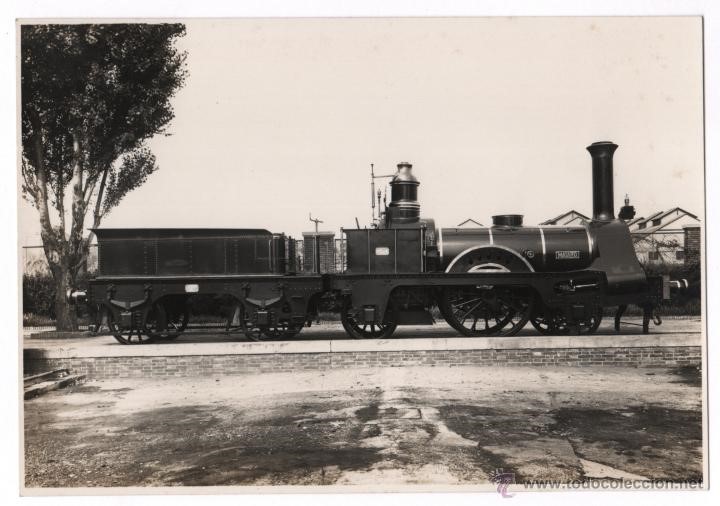 Next time you need to declare your love to someone remember to get to his/her front door using one of these.

Europeans Knew Barcelona As “The Rose Of Fire” Around 1900

Barcelona, City of Counts, Head and Hearth of Catalonia, First of Its Name, Mother of Dragons and…The Rose of Fire. The 19th saw the rise of the bourgeois as the dominant social class, and we can see its impact all over Barcelona in the shape of the Modernist buildings owned by the industrialists, but there was also another class created in the process: the working class. Industrial workers were concentrated in the city, the spearhead of industry in Spain, and quickly organized, unionized and took action. Tensions escalated and reached a peak in 1909 when the government of Spain decided to call up a new Brigade formed by Catalan active and reserve units to continue the colonial war in Africa. The crowd gathered to say fare the well, consisting mainly of mothers, wives and sisters, started a protest quickly supported by the anarchists and the socialists, that ended up with the burning of churches, seen as another corrupt part of the bourgeoisie, a general strike and riots and clashes. That episode, known as the Tragic Week because of the repression that would follow, spurred the Spanish-Uruguayan journalist Antonio Loredo to nickname the city The Rose of Fire, in a pretty impressing demonstration of romantic and revolutionary creativity.

Francesc Ferrer i Guàrdia, founder of the Modern School and executed for trying to “educate the working class in a rational, secular and non-coercive setting” 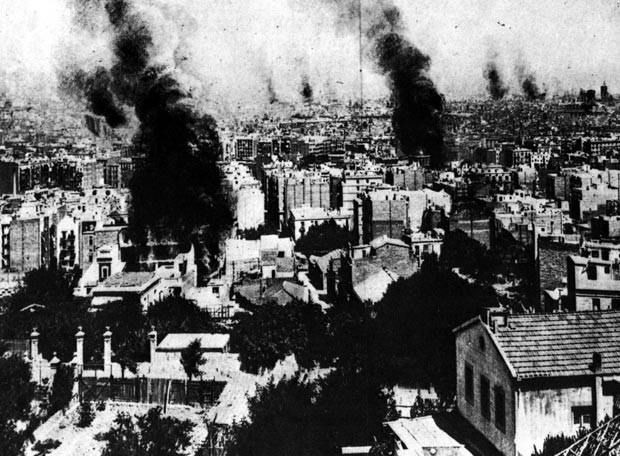 “The Beacons are lit! Gondor calls for aid!”

“Do you really think this will stop the army, Manuel?”

Bullfighting Is A Thing Of The Past In Barcelona

Bullfighting gained popularity in Spain in the 19th Century, becoming one of the main attractions in the early 20th in regions like Catalonia or Madrid, but it started to lose its appeal in certain territories as the century went forth. By the early 21st Century there were big geographic differences: while Madrid organized a total of 284 fights in 2009, Catalonia only held 20 in the same period. That encouraged the creation of a platform called PROU (“Enough” in Catalan) that issued a petition to the Catalan Parliament asking to ban the activity. This way, after the vote, Catalonia became in 2010 the second region in Spain banning bullfighting – the Canary Islands being the first one to do it, as early as 1991. The former two rings were turned into a Bullfighting Museum and a Shopping Mall. 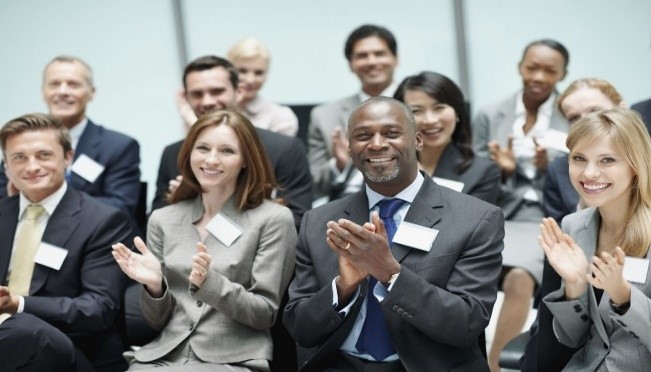 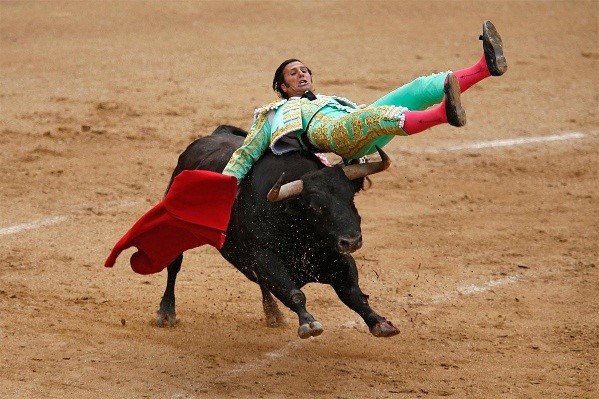 The 11th September, 1714 the city of Barcelona was taken, ending the Succession War and starting the suppression of Catalan rights and culture. That day became later the National Day of Catalunya – yes, as we suck at war and do not have many military victories to celebrate, we commemorate our greatest defeat. Traditionally, a demonstration is held in favor of Catalan culture, that has been used occasionally to claim for greater goals: in 1977, after the Dictatorship, around 1.2mn Catalans – the region did not even have a 6mn population at the time - went out in the streets to ask for “Liberty, Amnesty and Status of Autonomy”, and more recently it has been the testimony of yearly demonstrations in the city asking for a referendum of independence for Catalonia. The largest one involved around 1.8mn people creating an 11km-long letter V (for Victory, for Vote; not for Vendetta) all across the city that was staged on 300th anniversary on the fall of Barcelona to the Bourbon troops and was officially inaugurated at 17:14h – yes, we can be ridiculously theatrical sometimes. 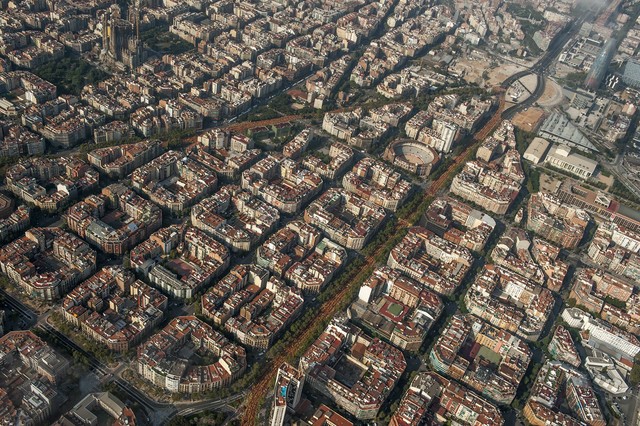 We know it’s B for Barcelona, but that would have been much more tricky to stage.