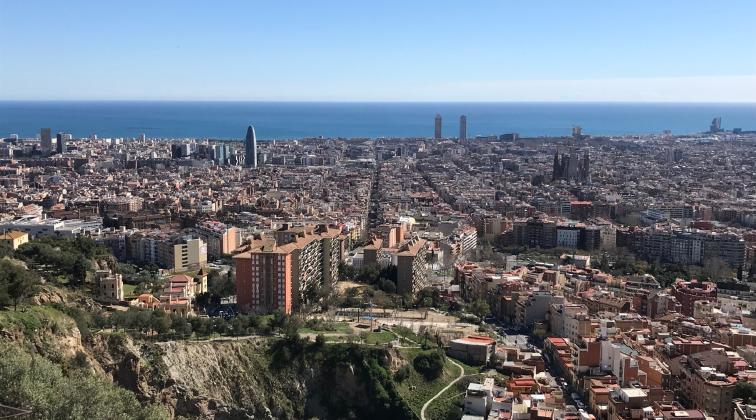 Barcelona is without doubt one of the best-known and most appealing cities in the world, praised for its environment, climate, culture, buildings and people. The over 14m people visiting our city yearly are well aware of Mordenisme and Gaudí, F.C. Barcelona and the main events that shaped its History, but here go 10 Historical Facts that can be easily used to show off in front of your family and friends whenever you visit or simply convince your next date that you are worth a second one.

Its Origins Are Still Disputed

Even if the Romans are regarded as the ones that shaped the permanent settlement that would become Barcelona when they founded the colony of Iulia Augusta Paterna Faventia Barcino in the late I century BCE, it is still unclear who were the first peoples who came to the place. Apart from the Neolithic remains found in the area, the Iberian tribes that populated it or even the Carthaginian, a legend says that Barcelona was founded by Hercules himself, who fell in love with the region and a princess of undisputed beauty called Pyrene. After she died, the hero, grief-stricken, dedicated his time to work with passion building with his own hands an impressive mausoleum worth of her: the Pyrenees. 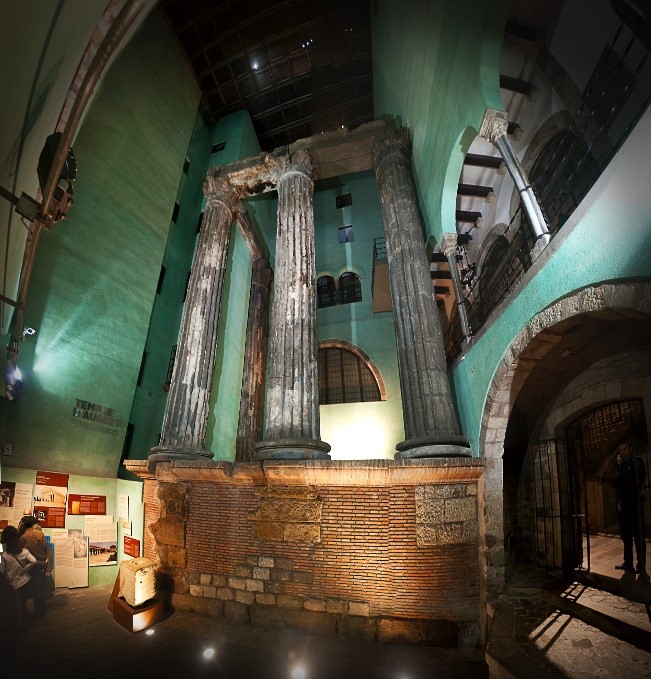 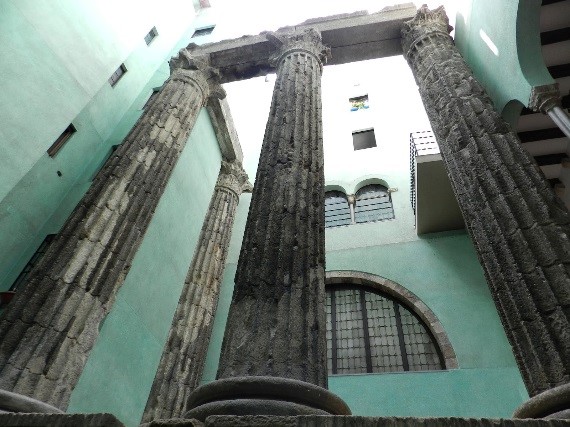 Barcelonians, in turn, built a temple to thank the demi-god for keeping the French away

The Jewish Medieval Quarter Can Still Be Tracked In The Walls

Walking the area surrounding Plaça Sant Jaume a keen-eyed visitor might spot every now and then some Hebrew inscriptions in certain stones of old buildings. At the beginning of the XIth century Barcelona started to become an important city for an incipient class of traders, a center for commerce and the activity of several and important medieval gilds. This urban growth and the lax policies attracted people from beyond its walls, families of Jewish among them. They would end up living around what is today Plaça Sant Jaume, in the Call, the Jewish Quarter, and they became some of the most prominent bankers, loan providers, and teachers and experts in medicine. The next centuries would witness a rise in bigotry across Europe and in the year 1391 several Jewish Quarters were assaulted and dismantled. In the case of Barcelona, the stones taken from Jewish homes were used later to build new houses and some can still be seen nowadays. The Synagogue of Barcelona, one of the oldest in Europe, is still concealed in one of these alleys. 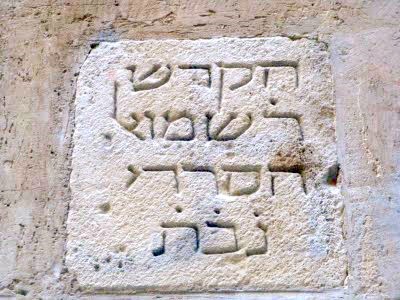 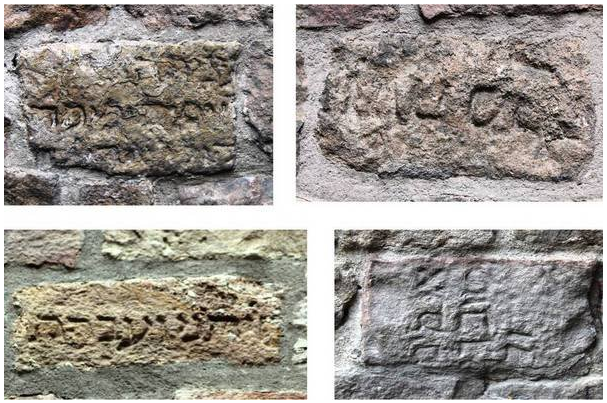 Hebrew inscriptions in the walls of Barcelona, reminding people of the speed limit and the importance of respecting the environment

Barcelona Is The Cradle Of Modern International Maritime Law

The Catalan and Aragonese expansion in the XIIIth and XIVth centuries turned Barcelona into one of the main cities in the Mediterranean Basin, controlling, in its greatest extent, areas that even reached Athens, in Greece. To solve any disputes and maritime issues among these places the Crown of Aragon founded in Barcelona, its main city, the Consolat de Mar, or “Consulate of the Sea”, in the year 1262. This institution created a compendium of customs called the “Book of the Consulate of the Sea”. Eventually, the rest of the Mediterranean actors adopted these same customs as the compendium was translated from Catalan to Italian, French and Latin in the centuries to come. Later, as the Atlantic Expansion started, Castilian, English and Dutch versions of it were issued and started circulating as references for the new Atlantic laws which were, at the end, used as the basis for our Modern International Maritime Law. 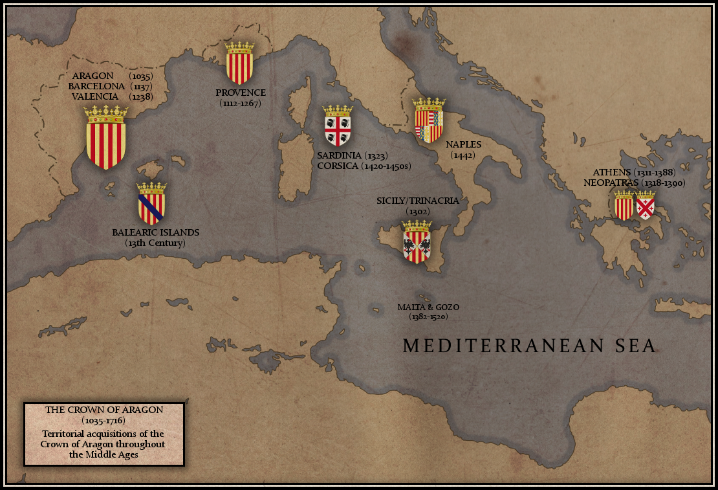 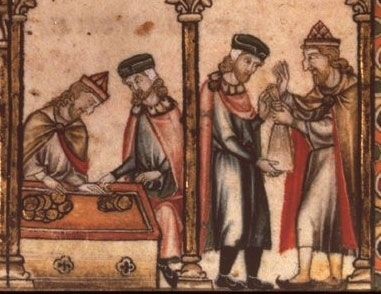 “I’m telling you, Raimundus, this bag of lettuce is worth a piece of gold. I read it in a Catalan book somewhere”

Not Even Don Quixote Could Resist The Appeal Of Barcelona

Probably the most famous Spaniard of all times, at least Before Pau Gasol, Alonso Quixano, aka Don Quixote, is a character created by Miguel de Cervantes in his famous novel issued in 1605, considered by many the first modern novel in History. After battling windmills, being blanketed in the inn and living other different yet enjoyable adventures, Don Quixote decides to embark on his third and last sally, that will take him to Barcelona in his quest to find Dulcinea, his life-long platonic love. It is in the city that he sees the sea for the first time and it is in the city where he meets the so-called Knight of the White Moon who, decided to put an end to Don Quixote’s errand life, challenges him to a duel on the beach. Don Quixote is defeated by the Knight and, obliged by the rules of chivalry, decides to go back to his hometown to lay the sword down and retire. 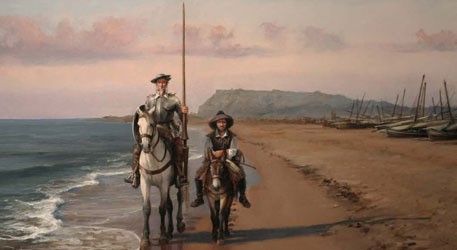 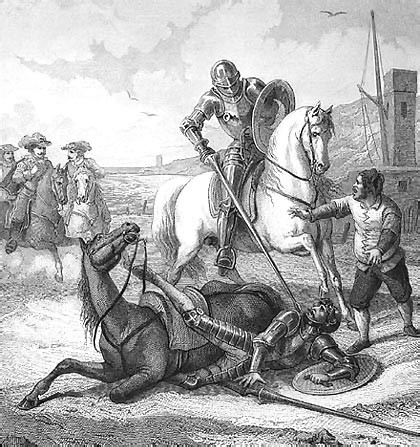 “See, Sir, drinking Sangria and eating Paella was not the best way to prepare the combat”

Barcelona Was A Part Of France For Almost 20 Years

In the year 1635, after 17 years of the creatively-called Thirty Years War raging over Europe, the Kingdom of France decided to enter the contest against the Spanish Monarchy, which, in turn, started quartering even more troops in its closest territory to France: Catalonia. That increased the pressure on Catalan peasants that had to house, feed and endure the abuses of the soldiers. In the Corpus Christi Day of 1640, later known as Bloody Corpus for a good reason, reapers gathered in Barcelona for the traditional harvest celebration decided to take a diplomatic approach towards the situation: the multitude assaulted and murdered the Viceroy of Catalonia, highest representative of the King. Fearing retaliation, the Catalan authorities reached the French for help, offering to accept the rule of the French King Louis XIII. The negotiations were held by the Cardinal Richelieu, which would be later used as the evil antagonist of the Three Musketeers in Dumas’ novel. Barcelona would eventually be captured by the Spanish in 1652 and in 1659 the Treaty of the Pyrenees was signed between the two kingdoms, drawing the modern boundary between Spain and France and leaving a part of the former Catalan territories in France. 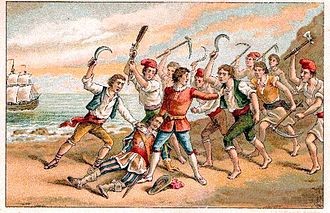 “Sir, we would like to discuss the further implications of your policies towards our people and customs in the most democratic way. Shall we have a vote?”