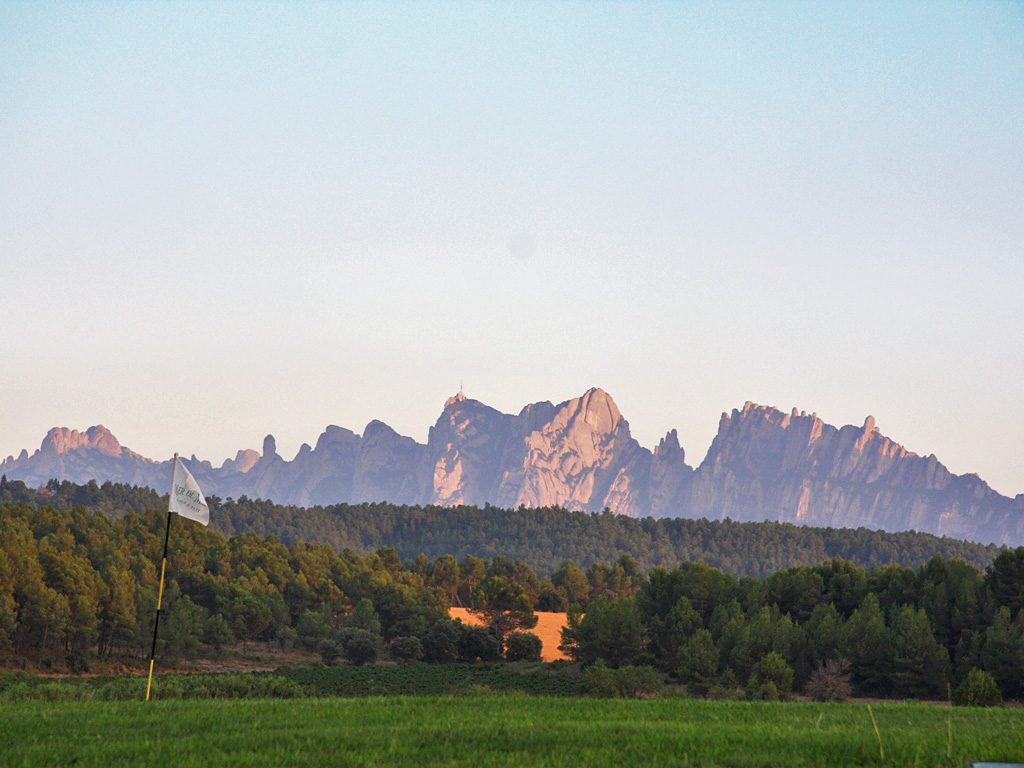 If you have already experienced our tour to the beautiful winery of Oller del Mas or just about to book one, this is your guide to where the wines you will taste come from.

Pla de Bages wine DO is slowly taking its place on the map of wine world. Although, it is probably one of the oldest wine making regions in Spain, where wine was produced for the Roman Empire, its proximity to France brought a devastating destruction to the vineyards by the agricultural plague phylloxera in the later 19th century. Still recovering until mid-20th century this DO region now belongs to one of the newest in Catalonia. Yet, in a short period of its DO status it already has reputation and some interesting projects in its wine portfolio.

Probably the most attention-catching producer is a reminiscent to the beautiful French chateau cellars. A place, where traditions and history go in hand with the latest technology. Oller del Mas is a millennial cheteau that stretches its hectares to the foothills of the wonderful peaked mountain Montserrat. Winemaking is dated back in this chateau to the 13th century, renewed from the destruction of the Napoleonic wars and phylloxera, is now and ecological wine producer that cultivates, apart from it international varieties such as Merlot, Syrah and Cabarnet Franc, also very rare Picapoll Blanc and Picapoll Negre, that are naturally high in acidity, what gives to the wines fresh and crispy taste.

This is also what internationally would be called boutique wines, with self-imposed extra high quality. At this property, a wine explorer will find an unusual blend of traditional and honest winemaking with the smart use and integration of all the best that modernization can bring.

If you are in Catalonia visiting wineries in Pla de Bages is a must.
Previous Next